Pasquale Esposito was born in Italy, he started to travel at an early age and after spending some years in L.A. at the moment he is living between Hamburg and London. He works professionally as an actor in the film industry in Italy and UK. His acting is been profoundly influenced by his practicing Zen (Soto) Buddhism. He was officially ordained in 2001 at the Fudenji Zen Temple in Italy by the abbot F. Taiten Guareschi.

Most of his acting teachers were from the Actors Studio (N.Y.) He studied and collaborated for many years with Dominique De Fazio, completed his system of work and taught for 4 years at the Studio De Fazio in Italy, Germany and Los Angeles. In 2014 he left and founded his own Company "Research Company" with which he keeps researching on expression and communication with a clear interest in pioneering, walking a no path rather than following any system. Inquiry ultimately in his Company implies self-inquiry.

He had his first production's Company "A looking Glass" in Munich, Germany. He also offers workshops in UK, Germany, Italy, Austria. A very important part of his education besides Zen comes from the "Gurdjieff's teaching" which he followed in Rome, Los Angeles and London.

In 2013 he directed at the Global WIN Conference in Prague "Seven", an Award-winning documentary play. In 2015 he produced and directed the documentary, "In the right light" about the founder and president of the W.i.n. (Women's International Networking). The documentary was screened in London, Tokyo and Rome and was produced by his Company. 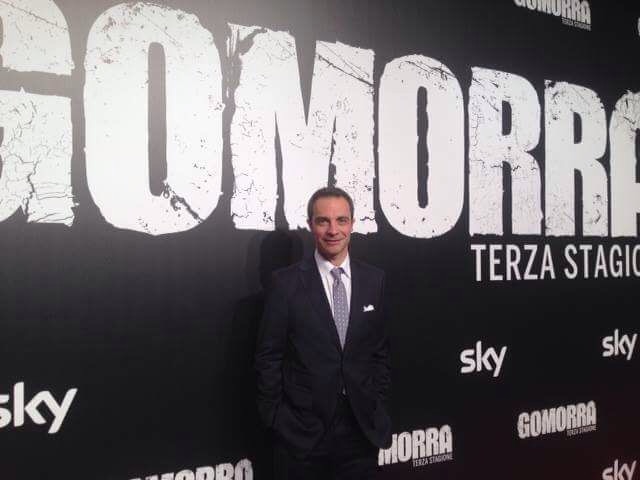 Pasquale Esposito, makes his international breakthrough as charming mafia boss, Eduardo Arenella, in the third season of thrilling organised crime drama, Gomorrah, based on the book by Roberto Saviano. In the role of Gomorrah's Eduardo Arenella, Pasquale's Italian charm is perfectly suited to the elegant mafia boss. As well as being awarded the Premio del Gallo D'oro for his work on Gomorrah. Same of Pasquale's credits including La Squadra, the multiple award winning Hidden Children, Vento di Ponente, and When in Rome, starring Kristen Bell. His upcoming work will be the second season of the successful Serbian Tv series in which he was part of the main cast, South Wind (Juzni Vetar). At the moment hes working on his Pessoa Theatre project.

Pasquale had been invited to speak and teach on 'Zen in the Arts' at the Huddersfield University in UK in two different symposium, (Mindfulness in performing Arts and Mindfulness in Martial Arts.) His passion for research into expression and communication within the performing arts continues to greatly influence him in his work.

He is writing his book "Something from Nothing" about expression and communication from a Zen education point of view and keeps training as boxing as amateur to keep himself awake.